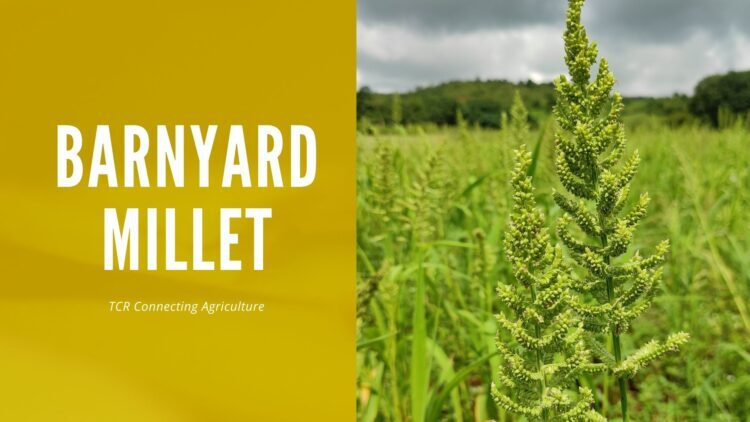 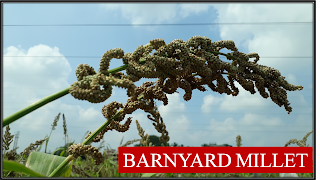 Barnyard millet is a drought-tolerant crop and hence is grown as a rainfed crop. It can be grown successfully under partial waterlogged conditions. It is grown from sea level to an altitude of 2000 metres on the Himalayan slopes. The warm and moderately humid climate is good for raising barnyard millet crop. It is a hardy crop and is able to withstand adverse conditions of weather better than other cereals.
Soil: Barnyard millet is generally cultivated in soils of marginal fertility. It can be grown in partially waterlogged soils such as low lands on the banks of rivers etc. But it thrives best on sandy loam to loam soil having a sufficient amount of organic matter. Gravely and stony soils with poor fertility are not suitable for raising barnyard millet crop.
On the field where the trail was done, the soil was little poor with less water holding capacity.
Field Preparation: Since it is cultivated in very light and marginal soils, the land is given only limited preparatory cultivation. One ploughing was done with a tractor and the other with local plough.

Seed and Sowing: Barnyard millet can be sown in the first fortnight of July with the onset of monsoon rains. On 21.07.2019, the seed was sown in line behind the plough in furrows 3-4 centimetre deep at the rate of 5 kg per acre. Transplanting can be done in Barnyard Millet. Last year visited MSSRF, Jeypore and seen the barnyard crop. It was performing well. 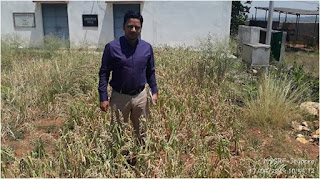 The variety was DHBM 93-3 and the pedigree VL-13XIEC-566 developed by ARS, Hanumanmatti, UAS, Dharwad. It was released in the year 2016. The duration of the variety is 90-95 days. The average yield is about 22-24 quintal/hectare. It has national adaptation. The special feature of the variety is this variety is that it is responsive to fertilizer application.
Manures and Fertilisers: Farmyard manure or compost at the rate of 2 tonnes per acre was applied. It was supplemented with 16 kg nitrogen, 12 kg P2O5 and 20 kg K2O per acre. All the fertilizer was added in the soil at the time of sowing.
If irrigation facilities are available, half of the nitrogen should be top-dressed in standing crop after 25-30 days of sowing.
Water Management: As the crop was grown in Kharif-2119, no additional irrigation was given. Generally, barnyard millet does not require any irrigation. However, if dry spell prevails for a long period, then one irrigation must be given at the time of panicle initiation stage. It is always better if excess water of heavy rains is drained out of the field.


Weed Control: The field should be kept weed-free up to 25-30 days after sowing. Two weedings are sufficient to control the weeds in the barnyard millet field. 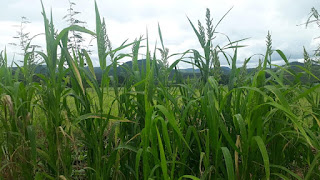