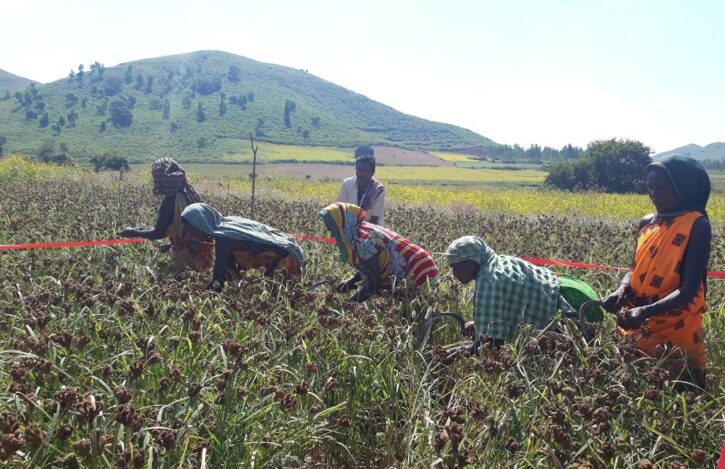 Finger Millet(Eleusine coracana) commonly known as Ragi. It is grown for grains and fodder purposes under varied agro-climate conditions in India. It is cultivated on a variety of soils from rich loam to poor shallow upland soils.

To understand the constraints in Finger Millet Cultivation a study was conducted in Dasamantpur Block of Koraput District, Odisha. The important production-related constraints of finger millet in terms of spread across the sample villages and the number of affected farmers identified by the survey :

Further to understand with reference to finger millets, the ranking of the constraints were done.

After the study, it was found that weeds are the major problem in Ragi cultivation and it was ranked in the first position in terms of a problem followed by a shortage of rainfall, No using fertilizers properly, Land Degradation due to soil erosion, Insects, Diseases and Rat Damage.

Two weddings are recommended in finger millet. In line-sown or transplanting, weeding can be done with a tyne-harrow or push type operated wheel weeder or with a cycle weeder when the crop is 30 days old and next on the 45th day. In broadcast crop 1st weeding after 15-20 days and 2nd weeding on 35-40 days.

Factor to increase the production of finger millet in the future: (100 respondents)

Out of the 100 households who have reported on different factors to increase the ragi production, 63 percent of them indicated sowing in time is the first factor to increase production. The second factor is weeding on time (60 percent), third is the use of fertilizer properly (40 percent), fourth is the use of improved variety (51 percent) and fifth is awareness and training (87 percent).

From the study, it is understood that sowing in time is an important factor. Most of the farmers broadcast their seeds on the onset of the monsoon but those who opt for transplanting differ due to delay or shortage of rainfall. It is also found that old seedlings more than 25 days affect the yield. It is better to complete the sowing and transplanting in the month of July.